From dark fantasy to young adult, don’t skip over these great books:

There’s plenty to love in fantasy books: wandering heroes, charismatic villains, and young men out to change the world or fight to protect the people they love. And if you’re looking for gay romance thrown into the mix, you’ve definitely come to the right place ♥

From best-selling authors to new voices in the genre, we’ve chosen a spread for you to enjoy in these awesome gay fantasy stories. Some, like The Steel Remains, are dark and gritty, with an emphasis on epic fantasy. Others, like The Lightning-Struck Heart, are pure fun, designed to put a smile on your face.

So if your reading list needs more male romance in a fantasy setting, we’ve got you covered. Just read on for our top picks! 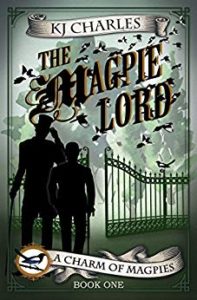 In the mood for a paranormal Victorian atmosphere, leading men with great banter, and plenty of creepy mystery? Well, The Magpie Lord will give you that and a whole lot more. Lucien and Stephen are wonderful leads, and their relationship will keep you coming back for more.

From the publisher: A lord in danger. A magician in turmoil. A snowball in hell.

Exiled to China for twenty years, Lucien Vaudrey never planned to return to England. But with the mysterious deaths of his father and brother, it seems the new Lord Crane has inherited an earldom. He’s also inherited his family’s enemies. He needs magical assistance, fast. He doesn’t expect it to turn up angry.

Magician Stephen Day has good reason to hate Crane’s family. Unfortunately, it’s his job to deal with supernatural threats. Besides, the earl is unlike any aristocrat he’s ever met, with the tattoos, the attitude… and the way Crane seems determined to get him into bed. That’s definitely unusual.

Soon Stephen is falling hard for the worst possible man, at the worst possible time. But Crane’s dangerous appeal isn’t the only thing rendering Stephen powerless. Evil pervades the house, a web of plots is closing round Crane, and if Stephen can’t find a way through it—they’re both going to die.

The series continues with the popular sequel A Case of Possession.

You might know about Richard K. Morgan because of his sci-fi novel Altered Carbon, but don’t miss how he applies his unique style to the fantasy genre. The Steel Remains is a dark, violent, and sexual story that doesn’t pull any punches as Morgan brings to life an intricate world full of strong and complex characters.

From the publisher: Ringil, the hero of the bloody slaughter at Gallows Gap is a legend to all who don’t know him and a twisted degenerate to those that do. A veteran of the wars against the lizards he makes a living from telling credulous travellers of his exploits. Until one day he is pulled away from his life and into the depths of the Empire’s slave trade. Where he will discover a secret infinitely more frightening than the trade in lives.

Archeth – pragmatist, cynic and engineer, the last of her race – is called from her work at the whim of the most powerful man in the Empire and sent to its farthest reaches to investigate a demonic incursion against the Empire’s borders.

Egar Dragonbane, steppe-nomad, one-time fighter for the Empire finds himself entangled in a small-town battle between common sense and religious fervour. But out in the wider world there is something on the move far more alien than any of his tribe’s petty gods.

Anti-social, anti-heroic, and decidedly irritated, all three of them are about to be sent unwillingly forth into a vicious, vigorous and thoroughly unsuspecting fantasy world. Called upon by an Empire that owes them everything and gave them nothing.

The trilogy continues with The Cold Commands, book two in the Land Fit for Heroes series. 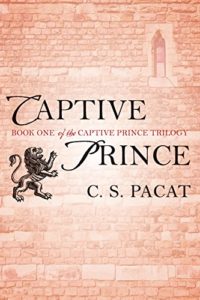 This is not an easy book to read, and it certainly won’t be to everyone’s tastes. The subject matter it tackles can be quite dark and disturbing, but this isn’t a romanticization of non-con or dub-con relationships. Everything is rooted in the context of the story, and it makes for a compelling read that has earned a very strong following.

From the publisher: From global phenomenon C. S. Pacat comes the first novel in her critically acclaimed Captive Prince trilogy.

Damen is a warrior hero to his people, and the rightful heir to the throne of Akielos, but when his half-brother seizes power, Damen is captured, stripped of his identity, and sent to serve the prince of an enemy nation as a pleasure slave.

Beautiful, manipulative and deadly, his new master Prince Laurent epitomizes the worst of the court at Vere. But in the lethal political web of the Veretian court, nothing is as it seems, and when Damen finds himself caught up in a play for the throne, he must work together with Laurent to survive and save his country.

For Damen, there is just one rule: never, ever reveal his true identity. Because the one man Damen needs is the one man who has more reason to hate him than anyone else… 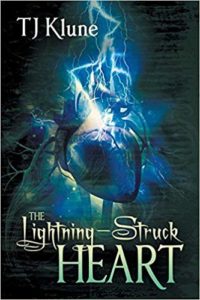 Time to lighten the mood a bit! The Lightning Struck Heart is silly, sweet, and very often hilarious. The characters will keep you grinning the whole way through, with snark, sass, magic, and romance. If you’re looking for a good time, T.J. Klune knows how to deliver.

From the publisher: Once upon a time, in an alleyway in the slums of the City of Lockes, a young and somewhat lonely boy named Sam Haversford turns a group of teenage douchebags into stone completely by accident.

Of course, this catches the attention of a higher power, and Sam’s pulled from the only world he knows to become an apprentice to the King’s Wizard, Morgan of Shadows.

When Sam’s fourteen, he enters the Dark Woods and returns with Gary, the hornless gay unicorn, and a half-giant named Tiggy, earning the moniker Sam of Wilds.

At fifteen, Sam learns what love truly is when a new knight arrives at the castle―Knight Ryan Foxheart, the dreamiest dream to have ever been dreamed.

Naturally, it all goes to hell when Ryan dates the reprehensible Prince Justin, Sam can’t control his magic, a sexually aggressive dragon kidnaps the prince, and the King sends them on an epic quest to save Ryan’s boyfriend, all while Sam falls more in love with someone he can never have.

Or so he thinks.

Continue the adventure with A Destiny of Dragons, book two in the Tales From Verania series. 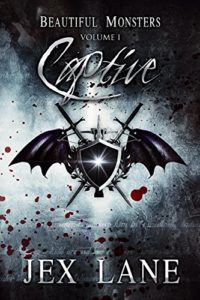 If you enjoy paranormal stories with gritty action and a variety of sex, Captive will be right up your alley. The world-building is great and offers an interesting twist on vampires and incubi. Matthew is also a really well-drawn and engaging MC, whose conflicts keep the novel grounded in a sense of humanity—especially with its dark themes.

From the publisher: Matthew Callahan has spent seven years struggling against the insatiable hunger for blood consuming him. Unable to stop the vampire inside from preying on humans, he keeps himself confined to a lonely existence.

Everything changes the night he is lured into a trap and taken prisoner by High Lord General Tarrick—a seductive incubus who feeds off sexual energy. Forced into the middle of a war between vampires and incubi, Matthew is used as a weapon against his own kind. Although he’s desperate for freedom, he is unable to deny the burning desire drawing him to the incubus general he now calls Master. 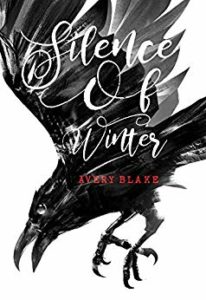 Young adult fiction has become one of the most interesting and exciting genres. Oliver and Victor are awesome characters, whose romance is really sweet and well handled. The subtle mystery throughout is balanced with magic and realism, and Avery Blake deals with some difficult themes for the young leads without relying heavily on angst. This book is a great addition to gay young adult literature, and we’re looking forward to reading more.

From the publisher: Normal is overrated. At least that’s what Oliver Cromwell tells himself when he’s being bullied for being different. He’s a lover of all things paranormal, and when his nose isn’t shoved into his sketchpad, drawing haunted houses and monsters, he and his best friend Bailey hang out in abandoned buildings and take long—very non-romantic—walks through graveyards looking for ghosts.

Everything changes when they actually find one.

Freaked out because he seems to be a sudden ghost magnet, Oliver befriends Mrs. Glass, a psychic who lives in the Victorian manor at the end of his street. With her help, he discovers his special bloodline and uncovers abilities that allow him to begin helping the ghosts move on. As if being sixteen wasn’t already complicated.

When Oliver meets Victor, the charming and mysterious boy who lives with Mrs. Glass, he finds himself falling and falling hard. Chasing ghosts is a lot less nerve-wracking than falling in love, though, especially when the person you fall for has secrets of their own.

The sleepy town of Iris Hollow has plenty of spooky legends and history that entices tourists from all over. And Oliver is about to find himself in the center of it all.

This is a young adult paranormal LGBT story with magic, ghosts, and heartwarming romance. Guaranteed to make you smile, laugh, and maybe sleep with the light on.

Trigger Warning: This story contains material that may be sensitive to some readers, including bullying and self-harm

Silence of Winter is the first book in the Cromwell Chronicles series. We’ll let you know when the sequel’s released!

What fantasy books have you read with awesome gay characters? Drop us a comment to share your favorites!