Make some time for these romance books on your reading list ♥

There’s nothing quite like young love to sweep us away, make us feel vulnerable, or leave us grinning like idiots. From real-life drama to magical realism and swoon-worthy vampires, we’ve found the most popular romance books for teens to add to your reading list. So take a deep breath before these characters steal it away …

The Fault in Our Stars 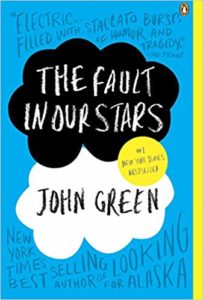 Sweet, touching, and incredibly real, this story will stay with you for a long time. Although the themes of love, loss, and grief can put you through an emotional wringer, you’ll be richer for the experience of spending time with these characters.

From the publisher: Despite the tumor-shrinking medical miracle that has bought her a few years, Hazel has never been anything but terminal, her final chapter inscribed upon diagnosis. But when a gorgeous plot twist named Augustus Waters suddenly appears at Cancer Kid Support Group, Hazel’s story is about to be completely rewritten.

Insightful, bold, irreverent, and raw, The Fault in Our Stars is award-winning author John Green’s most ambitious and heartbreaking work yet, brilliantly exploring the funny, thrilling, and tragic business of being alive and in love. 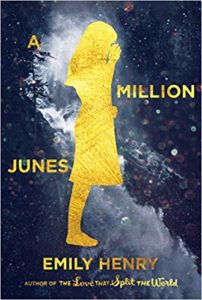 Magical realism is an incredibly hard genre to write well, and Emily Henry has done a masterful job of bringing this story and these characters to life in meaningful, charming, and surprising ways. It’s a spellbinding tale from start to finish, and by the end you’ll wish to have more time to spend with June and Saul.

From the publisher: For as long as Jack “June” O’Donnell has been alive, her parents have had only one rule: stay away from the Angert family. But when June collides—quite literally—with Saul Angert, sparks fly, and everything June has known is thrown into chaos.

Who exactly is this gruff, sarcastic, but seemingly harmless boy who has returned to their hometown of Five Fingers, Michigan, after three mysterious years away? And why has June—an O’Donnell to her core—never questioned her late father’s deep hatred of the Angert family? After all, the O’Donnells and the Angerts may have mythic legacies, but for all the tall tales they weave, both founding families are tight-lipped about what caused the century-old rift between them.

As Saul and June’s connection grows deeper, they find that the magic, ghosts, and coywolves of Five Fingers seem to be conspiring to reveal the truth about the harrowing curse that has plagued their bloodlines for generations. Now June must question everything she knows about her family and the father she adored, and she must decide whether it’s finally time for her—and all the O’Donnells before her—to let go.

“A beautiful, lyrical, and achingly brilliant story about love, grief, and family. Henry’s writing will leave you breathless.” —BuzzFeed

For fans of Stranger Things, check out When the Sky Fell on Splendor!

I Believe in a Thing Called Love 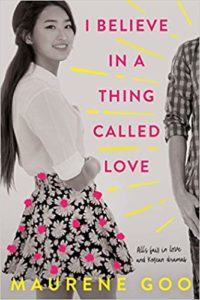 It’s awesome to see more Asian-American representation in the media, particularly in the young adult realm. For anyone with a soft spot for spunky, upbeat heroines (who are adorably clumsy), you’ll be smitten with Desi and her pursuit of love. And if you have any knowledge of Korean dramas and K-pop, you’ll read along with a massive grin on your face the entire time.

From the publisher: Desi Lee believes anything is possible if you have a plan. That’s how she became student body president. Varsity soccer star. And it’s how she’ll get into Stanford. But—she’s never had a boyfriend. In fact, she’s a disaster in romance, a clumsy, stammering humiliation magnet whose botched attempts at flirting have become legendary with her friends. So when the hottest human specimen to have ever lived walks into her life one day, Desi decides to tackle her flirting failures with the same zest she’s applied to everything else in her life.

She finds guidance in the Korean dramas her father has been obsessively watching for years—where the hapless heroine always seems to end up in the arms of her true love by episode ten. It’s a simple formula, and Desi is a quick study. Armed with her “K Drama Steps to True Love,” Desi goes after the moody, elusive artist Luca Drakos—and boat rescues, love triangles, and staged car crashes ensue. But when the fun and games turn to true feels, Desi finds out that real love is about way more than just drama.

For more K-pop fun, check out Somewhere Only We Know! 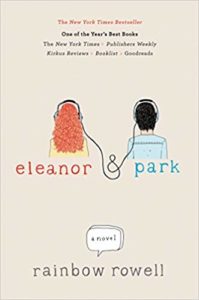 For fans of quirky, nerdy romance stories, Eleanor & Park deserves to be on your reading list. The two leads capture the feeling of young love in a very sincere, authentic way, and you can’t help but share in their triumphs and empathize with their hurdles along the way. If you find yourself growing cynical about romance stories for teens, spend some time with Eleanor and Park, and let them restore your faith in the genre.

From the publisher: Two misfits.
One extraordinary love.

Eleanor … Red hair, wrong clothes. Standing behind him until he turns his head. Lying beside him until he wakes up. Making everyone else seem drabber and flatter and never good enough … Eleanor.

Park … He knows she’ll love a song before he plays it for her. He laughs at her jokes before she ever gets to the punch line. There’s a place on his chest, just below his throat, that makes her want to keep promises … Park.

Set over the course of one school year, this is the story of two star-crossed sixteen-year-olds—smart enough to know that first love almost never lasts, but brave and desperate enough to try.

For another charming coming-of-age tale, check out Carry On! 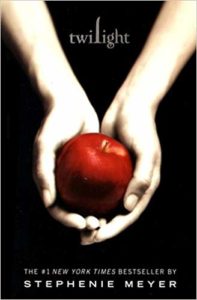 “People do not want to just read Meyer’s books; they want to climb inside them and live there.” ―Time
“A literary phenomenon.” ―The New York Times

What romance books have you been reading? Drop us a comment to let us know some of your favorites!

28 thoughts on “Romance Books for Teens”