Learning a language is fun. But it also requires some hard work and dedication.

When it comes to learning Japanese, the most common question I hear is “How long does it take to learn kanji?”

This is perfectly understandable. The large number of characters, combined with the seeming complexity of how many are written, can be enough to make even the most diligent student a bit nervous.

To make matters worse, a lot of sources will tell you very different things, which can easily skew your expectations.

I’ve come across plenty of students and books that promote learning kanji in three months (and sometimes less). This isn’t anywhere close to being realistic. The truth is that learning kanji takes time—a lot more than twelve weeks.

On the other hand, there are numerous books and courses that claim that you need to spend around ten years to achieve a high level of proficiency in reading and writing kanji.

There is some truth to this (naturally, the longer you do something, the better you are going to be at it), but anything longer than three years of consistent study is an exaggeration, and it’s one that does a lot of harm.

By telling students that they need to spend a decade learning kanji before they’ll be good at reading Japanese only reinforces the myth that the characters themselves are extremely difficult and time-consuming to learn.

The truth is that they aren’t.

Learning kanji is fun. And if you do it the right way, it can also be easy. To help you along, here are the things you need to know to learn kanji effectively—in what I believe is a very realistic amount of time. 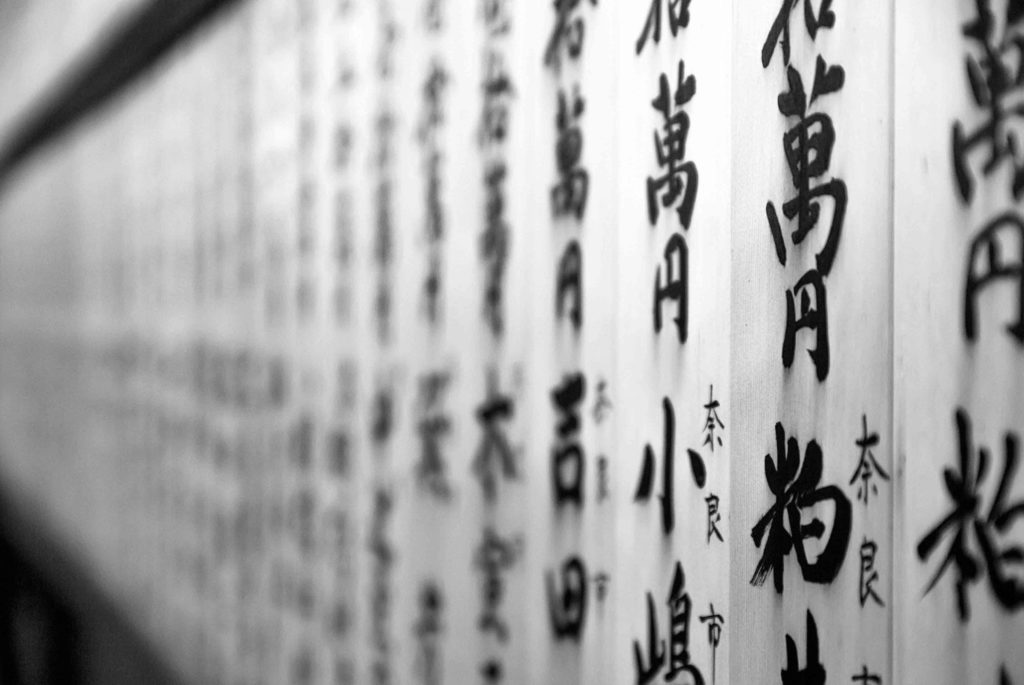 First of all, let’s figure out exactly what it means to learn Japanese kanji.

The Japanese Ministry of Education currently requires children to learn 1,006 kanji characters during their schooling. These are known as 教育漢字 (education kanji).

However, to be literate in Japanese, you will need to learn an additional 1,130 kanji. These are known as 常用漢字 (regular-use kanji).

There are also a few hundred more on top of this that are worth learning, such as characters that are only used in people’s names, or which the government has removed from the official lists, despite still being in common use.

So, to “learn kanji,” your goal should be to know around 2,300 characters.

When you achieve this (in two to three years, if you take it slowly), your ability to read and write in Japanese will be very impressive. Improving your reading fluency will obviously take a bit longer to match that of someone raised in Japan, but you will be working off a foundation that will pave the way to near-native proficiency.

For kanji, your period of hard study will last about three years. After that, it’s simply a matter of reading Japanese as much as you can.

With that said, I’d like to give a bit of advice to new learners.

There are dozens of books that only teach you 100 kanji characters (or fewer) per volume. If you’re serious about learning kanji, then rather avoid these books. Unless they’re designed specifically for young learners, they are often little more than a way for the author and publisher to make as much money off you as possible.

Given the number of kanji you need to learn to be able to read and write Japanese meaningfully, you (and your wallet) will be far better off with one of the comprehensive kanji books that are available.

I’ve outlined the very best ones for you at the end of this article.

Quality vs. quantity: Set yourself a meaningful target

I know that you probably want to learn kanji in the shortest amount of time possible. But if there’s one piece of advice you take from this article, let it be this: learning kanji is not a sprint—it’s a marathon.

Sure, you can write out every kanji character a hundred times in three months, but that doesn’t mean you’ve actually learned to read them properly. And I highly doubt you’ll remember more than two or three hundred of them beyond some basic associations, especially after some time has passed.

Rather, commit yourself to learning and revising a small number of kanji every day.

Focus on really understanding each and every character:

Even if you learn just three kanji every day, that will only take you 767 days. That’s only two years! Even if you think that seems like a long time, it really isn’t. Two years will fly by, and by the end of it, your understanding of kanji will be seriously impressive—even by Japanese standards.

And trust us: even though 2,300 kanji might take you two years to master, your ability to read the most common kanji will be good enough after six months to let you read plenty of your favorite manga.

So just relax and don’t worry about how long it takes to learn kanji. Focus on studying a small number every day and you’ll soon be reading without the need of a dictionary. And that feeling of accomplishment by itself will be incredibly satisfying—I promise.

Set goals and be consistent

The best way to make sure that your studies succeed is to set yourself goals along the way and to be consistent in how you work to achieve them.

For example, say you follow my advice of learning three new kanji every day. Work out how much time you would need to do that, then make it part of your daily routine and stick to it religiously.

It always helps if share your progress with other people. This will keep you motivated over the long haul, which is extremely important when learning a language. It will also make it harder for you to be lazy and avoid doing your daily kanji.

As I said, learning kanji is not a sprint—it’s a marathon. If you try to go too fast in the beginning, the chances are very high that you’ll burn out in a few weeks or months and abandon your goals. That is what you need to avoid at all costs.

Slow and steady will always win over going too fast and losing all the progress you’ve made. After all, there’s no time limit when it comes to learning kanji. It’s something you’ll do and improve on for the rest of your life.

So take it slowly and build on your knowledge every day. Your reading and writing skills in Japanese will begin to soar before you know it.

Learn from the best

As a Japanese teacher, I want to help you make your studies as rewarding and effective as possible. To do that, I’ve collected what I consider to be the best guides and resources that are available. If you put in the time, these books will provide you with all the knowledge and tools you need to master kanji. 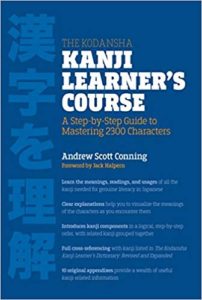 Without a doubt, the Kanji Learner’s Course is my absolute favorite guide for anyone to learn Japanese kanji. Whether you’re a complete beginner or an advanced learner, this book has everything you need to master kanji from beginning to end.

This book truly deserves to be the center of your daily studies. In my opinion, if you can only afford one book to learn kanji, you should definitely make it this one.

The Key to Kanji: A Visual History of 1100 Characters 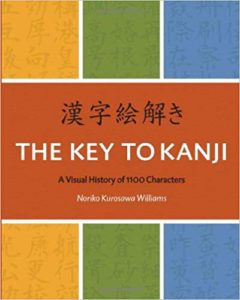 Here’s a tip if you really want to learn kanji fast: learn how to recognize the different parts of each character and the way they contribute to its meaning and readings. In The Key to Kanji, Williams gives you an insightful and extremely valuable etymology of 1,100 of the most common kanji.

By using this book to supplement your studies (or even using it as your main source of learning), you can boost your ability to not only learn kanji fast but also cement them in your mind to make remembering them much easier.

Remembering the Kanji is probably the most well-known series on the market for learning kanji. Although Heisig’s method of first teaching keywords instead of the character’s Chinese and Japanese readings is not one I generally recommend for students, I can’t deny the value of using “stories” and mnemonics to help you remember the meaning of different kanji.

To get the full value out of Heisig’s books, you do need to complete the entire series (Volumes 1, 2, and 3). But my recommendation here is to apply what you learn from the Heisig method to your kanji studies in general: it really is the fastest way to learn kanji. You simply need to balance it with a meaningful study of each character.

Study hard and have fun

As you can see, learning kanji isn’t that scary or difficult. All you need is a bit of time every day and the right guides to help you along.

I’ve listed my three favorites for you, but let me hear your opinion. What methods do you use to learn kanji? I’d love to know what works for you—and what doesn’t.

To boost your studies, check out our collection of Japanese learning material. From traditional grammar to internet slang and ancient proverbs, we have everything you need to learn Japanese effectively.

17 thoughts on “How Long Does It Take to Learn Kanji?”