Many people are surprised when they discover how important it is to learn Japanese onomatopoeia in order to gain a natural command of the language. This is because sound words in most other languages are usually only used in very specific contexts. In English, for example, written onomatopoeia is generally restricted to comic books, where they provide sound effects to various actions, such as bonk for someone getting knocked on the head, or pow for the impact of a strong punch.

In a similar way, spoken onomatopoeia in English is mostly limited to baby talk, as a way of engaging young children with fun sounds that compensate for their limited vocabulary. The most common examples of this are the different sounds that animals make, such as woof for a dog, meow for a cat, and moo for a cow. There are scores of these, all of which children learn naturally as they grow up as being a normal part of their language. Yet it’s interesting that these same children quickly learn to “outgrow” this expressive part of their vocabulary, since it’s broadly considered to be childish at best and inappropriate for regular speech or writing. 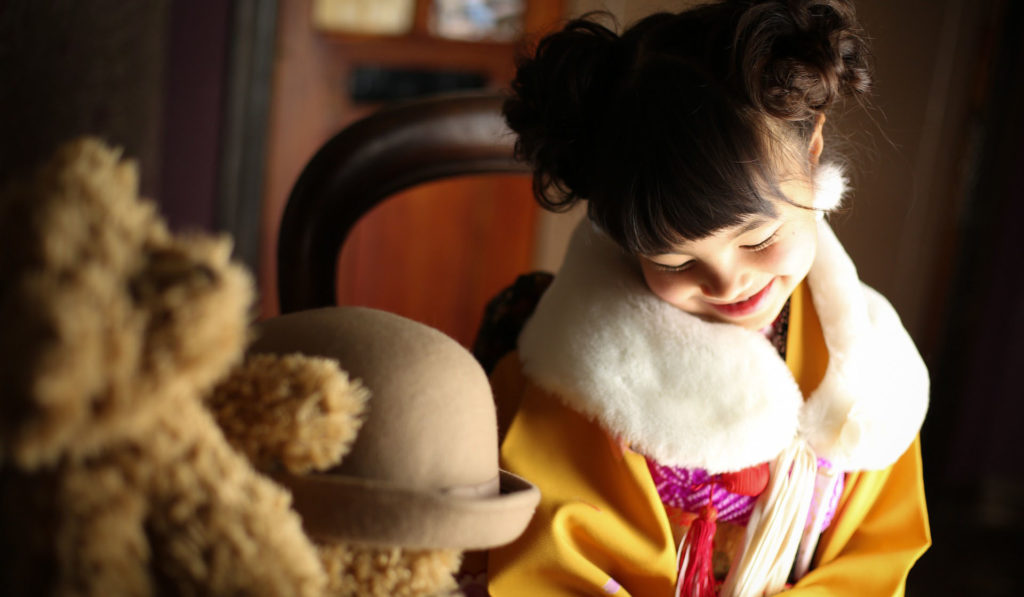 This, however, isn’t the case in Japanese. Students of the language quickly come to see how onomatopoeia plays a very large and important role in ordinary Japanese speech, for both children and adults alike. From literary novels to adults talking business, you can expect to encounter a healthy dose of onomatopoeia, just as you would other parts of speech like adjectives and adverbs. This enables people to express themselves in descriptively conceptual ways that would otherwise be impossible.

What is important to note is that Japanese onomatopoeia comes in two main categories. These are known as giongo and gitaigo, and understanding the differences between them will help learners to better grasp their purpose and value in natural Japanese.

In the case of giongo, these are words that represent or imitate a particular sound. This is what we usually think of when we refer to onomatopoeia in English. Phrases like splish-splash (the sound of splashing water) and cock-a-doodle-doo (the cry of a rooster) are direct imitations of how English speakers express those real-world sounds. Naturally, every culture has its own impression of what these sounds are like. In Japanese, cock-a-doodle-doo is rather conveyed as kokekokkou, while beep is normally represented as bii.

The second category, gitaigo, is a little different. Unlike the “sound” words above, gitaigo rather deals with mimesis: words that represent things that don’t actually make a sound. For example, a splitting headache can be described with the phrase gingin, while the act of staring fixedly at something or someone can be conveyed with jii. This form of onomatopoeia gives people the ability to express the appearance, concept, or psychology of something in a succinct and clearly understood way. This is a major reason why onomatopoeia is such an indispensable part of Japanese speech and writing, and it’s why a dedicated Japanese onomatopoeia dictionary is so important for students of the language who aim to gain fluency. 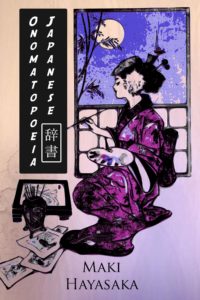 Japanese Onomatopoeia is a brand-new dictionary that focuses on giongo and gitaigo phrases. In fact, as many of the entries in the book indicate, it is not uncommon for a phrase to have both giongo and gitaigo readings (that is, a “sound” meaning and a more conceptual “non-sound” one). Since many of these words convey a spectrum of sound or sensation, the most relevant English equivalents have been listed for each, providing readers with a practical understanding of how this colorful language is used.

Although the large amount of onomatopoeic expressions in Japanese can be intimidating at first, learners will soon notice how sounds fall into predictable patterns with regard to their meaning, just like they do in English. By paying attention to these patterns, students can boost their studies and even make educated guesses about the meaning of unfamiliar words. This is a natural part of language learning, and there are few parts of speech as culturally intimate as onomatopoeia.

To this end, I hope this dictionary of lively sounds and mimetic phrases serves you as a valuable reference as you learn to read and speak Japanese. It will certainly add a whole new level to your ability to express yourself in a fun, descriptive, and natural way.

To boost your studies, check out our collection of Japanese learning material. From traditional grammar to internet slang and ancient proverbs, we have everything you need to learn Japanese effectively.