Don’t miss out on these classic children’s books!

Few stories are passed from one generation to the next as reliably and lovingly as certain classic children’s books. From enchanted woods and stuffed animals who come to life, to grinning cats and haughty roses, these tales are filled with characters and witticisms that have become a permanent part of popular culture.

It doesn’t matter what age you are—these children’s books are classics for a reason and deserve to be read by everyone! 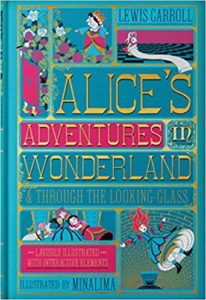 From the publisher: Originally published in 1865, Lewis Carroll’s exquisite Alice’s Adventures in Wonderland & Through the Looking-Glass have remained revered classics for generations. The story of Alice, an inquisitive heroine who falls through a rabbit hole and into a whimsical world, has captured the hearts of readers of all ages. Perhaps the most popular female character in English literature, Alice is accompanied on her journey of trials and tribulations by the frantic White Rabbit, the demented and terrifying Queen of Hearts, the intriguing Mad Hatter, and many other eccentric characters.

“Only Lewis Carroll has shown us the world upside down as a child sees it, and has made us laugh as children laugh.” – Virginia Woolf

From the publisher: Few stories are as widely read and as universally cherished by children and adults alike as The Little Prince.

With a timeless charm it tells the story of a little boy who leaves the safety of his own tiny planet to travel the universe, learning the vagaries of adult behaviour through a series of extraordinary encounters. His personal odyssey culminates in a voyage to Earth and further adventures.

“What appears to be a fairy tale for children opens like the petals of the Little Prince’s flower into a fantasy that has lessons for all of us.” – Molly Connally, Kings Park Library 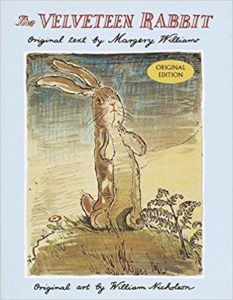 From the publisher: A timeless classic about the magic of boundless love that’s been treasured for generations!

“Once you are Real you can’t become unreal again. It lasts for always.”

Here is one of the most classic and beloved children’s stories, with the original illustrations from 1922—the ideal gift for baby showers, birthdays, weddings, and holidays throughout the year.

At first a brand-new toy, now a threadbare and discarded nursery relic, the velveteen rabbit is saved from peril by a magic fairy who whisks him away to the idyllic world of Rabbitland. There, he becomes “Real,” a cherished childhood companion who will be loved for eternity.

“Ever since its first publication, this wondrous tale of the velveteen rabbit has delighted readers of all ages with its story of wisdom and love. Few other children’s books so beautifully capture the spiritual meaning of Easter as does this simple tale of transformation and redemption through a child’s unwavering love.” – Amazon 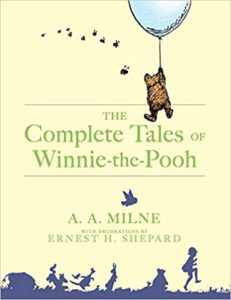 From the publisher: Since 1926, Winnie-the-Pooh and his friends—Piglet, Owl, Tigger, Kanga, Roo, and the ever doleful Eeyore—have endured as the unforgettable creations of A. A. Milne, who wrote two books of Pooh’s adventures for his son, Christopher Robin, and Ernest H. Shepard, who lovingly gave them shape through his iconic and beautiful illustrations.

These characters and their stories are timeless treasures of childhood that continue to speak to all of us with the kind of freshness and heart that distinguishes true storytelling.

This deluxe volume brings both Pooh stories—Winnie-the-Pooh and The House at Pooh Corner—together in one beautiful, full-color edition. The texts are complete and unabridged, and all of the illustrations, each gloriously recolored, are included. Elegant yet simple, whimsical yet wise, this classic edition is a book to savor and treasure.

“Pooh’s status as a “Bear of Very Little Brain” belies his profoundly eternal wisdom in the ways of the world. To many, Winnie-the-Pooh, Piglet, Eeyore, and the others are as familiar and important as their own family members … A childhood is simply not complete without full participation in all of Pooh’s adventures.” – Emilie Coulter

The Wind in the Willows 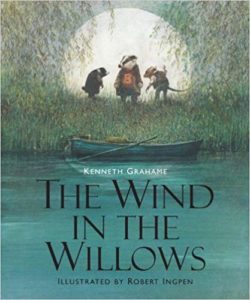 From the publisher: One of the most celebrated works of classic literature for children!

For more than a century, The Wind in the Willows and its endearing protagonists—Mole, Mr. Toad, Badger, and Ratty—have enchanted children of all ages. Whether the four friends are setting forth on an exciting adventure, engaging in a comic caper, or simply relaxing by the River Thames, their stories are among the most charming in all English literature.

This keepsake edition of Kenneth Grahame’s beloved novel features gorgeous art throughout, making it a must-have for every child’s library.

“Grahame’s time-honored story, an adventure-filled idyll that meanders across a lovingly described English countryside, cemented its status as a masterpiece generations ago. But this newest edition adds some noteworthy extras: the unabridged text includes two chapters that don’t appear in some modern versions … The lively, full-color illustrations appear generously throughout the book, as they convincingly capture both the story’s small moments … and more explosive events.” – Paul Hughes 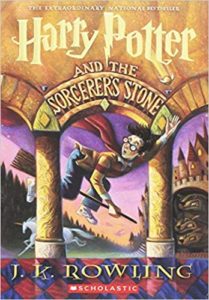 From the publisher: Harry Potter has no idea how famous he is. That’s because he’s being raised by his miserable aunt and uncle who are terrified Harry will learn that he’s really a wizard, just as his parents were. But everything changes when Harry is summoned to attend an infamous school for wizards, and he begins to discover some clues about his illustrious birthright.

From the surprising way he is greeted by a lovable giant, to the unique curriculum and colorful faculty at his unusual school, Harry finds himself drawn deep inside a mystical world he never knew existed and closer to his own noble destiny.

“Readers are in for a delightful romp with this award-winning debut from a British author who dances in the footsteps of P.L. Travers and Roald Dahl.” – Publishers Weekly

“Rowling’s wonderful ability to put a fantastic spin on sports, student rivalry, and eccentric faculty contributes to the humor, charm, and, well, delight of her utterly captivating story.” – Booklist

“Harry himself is the perfect confused and unassuming hero, whom trouble follows like a wizard’s familiar. After reading this entrancing fantasy, readers will be convinced that they, too, could take the train to Hogwarts School, if only they could find Platform Nine and Three Quarters at the King’s Cross Station.” – School Library Journal

What children’s books did you grow up reading? Drop us a comment to let us know some of your favorites!

7 thoughts on “Classic Children’s Books Not to Miss”