What is a relative clause?

A relative clause (also called an “adjective clause” because it gives us more information about a particular noun) is a type of dependent clause. Every relative clause has a subject and a verb, but these clauses can’t stand by themselves as complete sentences.

How to identify a relative clause

A defining relative clause (also called an essential clause) identifies a noun or pronoun in the main clause and is needed to help us understand the meaning of the sentence.

Let’s look at a few examples:

In the three sentences above, the relative clauses (underlined) specify the objects of the main clauses (set in italics) and give us more information about them.

If we remove these relative clauses, we wouldn’t be able to understand the exact meaning of the sentences (for example, which boy did I speak to? The one making a noise. What food did she eat? The food that was on the table. Which person did they look for? The one without a nametag). This specific information about the noun in the main clause is vital to our understanding. That is why they are called defining (or essential) clauses. We need them.

Note that we don’t introduce a defining clause with a comma.

In casual speech or writing, we can sometimes leave out the relative pronoun:

In these two examples, each sentence only has one subject: “the teacher” and “the mail.” If we removed the relative pronouns (“who” and “that”), neither sentence would make any sense. Let’s see how this would look:

A non-defining relative clause (also known as a non-essential clause) gives us information about a preceding noun or pronoun, but it doesn’t actually specify them. As a result, this information isn’t needed for us to understand the meaning of the sentence.

In the examples below, note that we use a comma before introducing a non-defining relative clause. 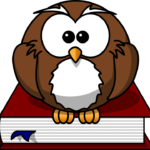 Let’s see what happens if we take out the relative clauses from the two examples above:

Even with the relative clauses taken away, both of these sentences remain perfectly grammatical, and the main meaning of the sentence is still clearly understood. The information we removed was thus non-essential: we don’t need it to identify the subject in the main clause.

Here are a few more examples of non-defining relative clauses:

Non-defining relative clauses typically have a rather formal tone to their structure. As a result, they are more commonly used in written language than spoken (i.e., casual) conversation.

Be careful with commas

Take a look at the following examples:

This suggests that the speaker has more than one brother, and it is the one who likes to read who became an author. In other words, we are using a defining relative clause to identify which brother became an author.

In this case, the first comma introduces a non-defining relative clause. This suggests that we don’t need this extra information to identify which brother became an author. The implication now is that the speaker only has one brother.