What is reported speech?

Reported speech is how we relay something that has already been said or written, either by ourselves or by someone else.

For example, imagine that your friend said, “I am going to the dentist tomorrow.” Now, if we want to share what they said with someone else, we need to use reported speech. This can be done in two different ways: direct speech and indirect speech.

Direct speech copies the exact words as they were spoken. In writing, we represent quotes like this by placing quotation marks around them:

ndirect (or reported) speech allows us to relay a statement or question without using the exact words that were spoken. There are two main points to remember: (1) indirect speech is usually used to comment on something that happened in the past, so the new wording must be adjusted appropriately; and (2), since we aren’t using an exact quote, we don’t use quotation marks around the indirect speech.

Let’s take the direct-speech examples above and change them into indirect/reported speech:

As you can see, there are quite a few changes that were made to the original wording. This can be a bit confusing for English learners, so let’s break down what is happening to the different parts of the sentence.

In general, if the reporting verb is in the past tense (such as “told,” “muttered,” or “explained” in the examples above), then the following words will likely need to change:

A) Verb tenses and forms.
B) Pronouns.
C) Adverbs of time and place.

A) Verb tenses and forms in indirect/reported speech

1) Present tense changes to past tense:

3) Past simple tense changes to past perfect tense:

4) “Will” changes to the conditional tense:

“Will” changes to the conditional tense in reported speech.

When do verb forms stay the same?

There are certain cases where the form of a verb stays the same in both the direct and indirect versions. These rules are important to know, so let’s take a look at each one.

1) If the reporting verb is in the present tense:

2) If the issue is still true in the present:

B) Pronouns in indirect/reported speech

Pronouns are usually changed in indirect speech to match with the adjusted wording:

Be mindful that pronouns can sometimes make the meaning of a sentence ambiguous. In such cases, we need to use a noun instead of the pronoun to keep the meaning clear:

In the indirect-speech example above, the pronoun “she” makes it seem like Emily ate all the cookies herself. However, Emily is actually talking about someone else. To avoid this confusion, we need to use a more specific noun instead of the pronoun (“she”):

C) Adverbs of time and place

Adverbs of time and place usually need to be changed in order to match the context of the new sentence. Here are some common time phrases and how they can change: 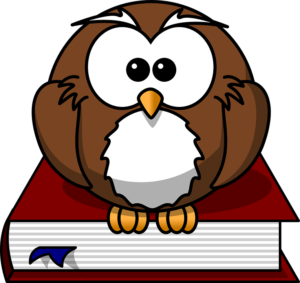 Let’s look at a few examples:

However, if a statement or question is made and reported at the same time, then the time expressions can remain the same in the indirect version:

If the statement or question is reported later than it was originally made, the time expressions are different in the indirect speech in order to match the new context:

In reported speech, questions are turned into statements. This means that we no longer use a question mark:

Positive commands, requests, and advice usually use the following pattern: verb–object–infinitive. Also note that unlike in direct speech, the person who is addressed must be mentioned in the indirect-speech version: